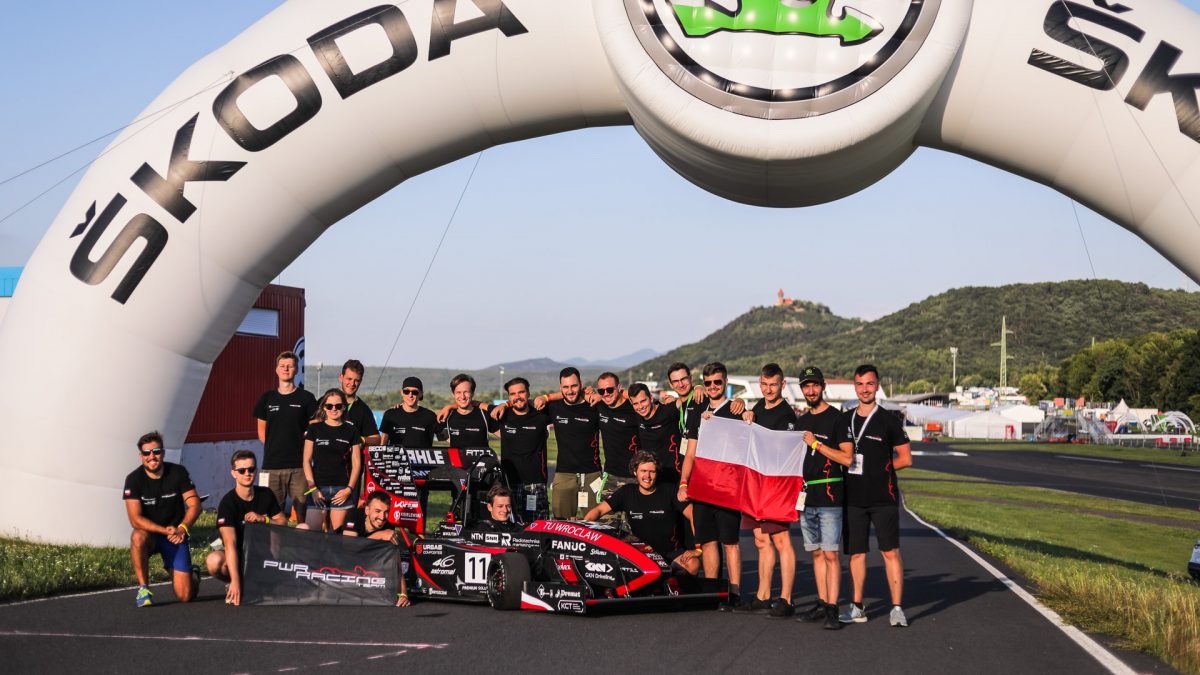 That was our competition! We won 5 places on the podium, including the most important one – 3rd place in the general classification of this year’s edition.

We went to Czech Most determined to maintain the lucky streak, because it is at this edition that we have been winning podiums continuously since 2017.
This time, unlike the competition in the Netherlands, we were also able to take as many as 20 people, so the work on the car went much more smoothly, and we could celebrate the success in a larger group. And there were a lot of them, because already on the first day of the dynamic competition we won two podiums – bronze in Skid Pad and Acceleration. In the Autocross time we were on the podium, but our drivers took a few cones on the way, which ultimately decided to lower the position. Still, it was worth the risk, because thanks to such a fast drive we checked in the finals of Endurance – the most demanding competition at the event. We rode it superbly and took 2nd place. Adding silver in the static competition – Design Engineering, we finally took 3rd place in the general classification.