Premiere of the RT11 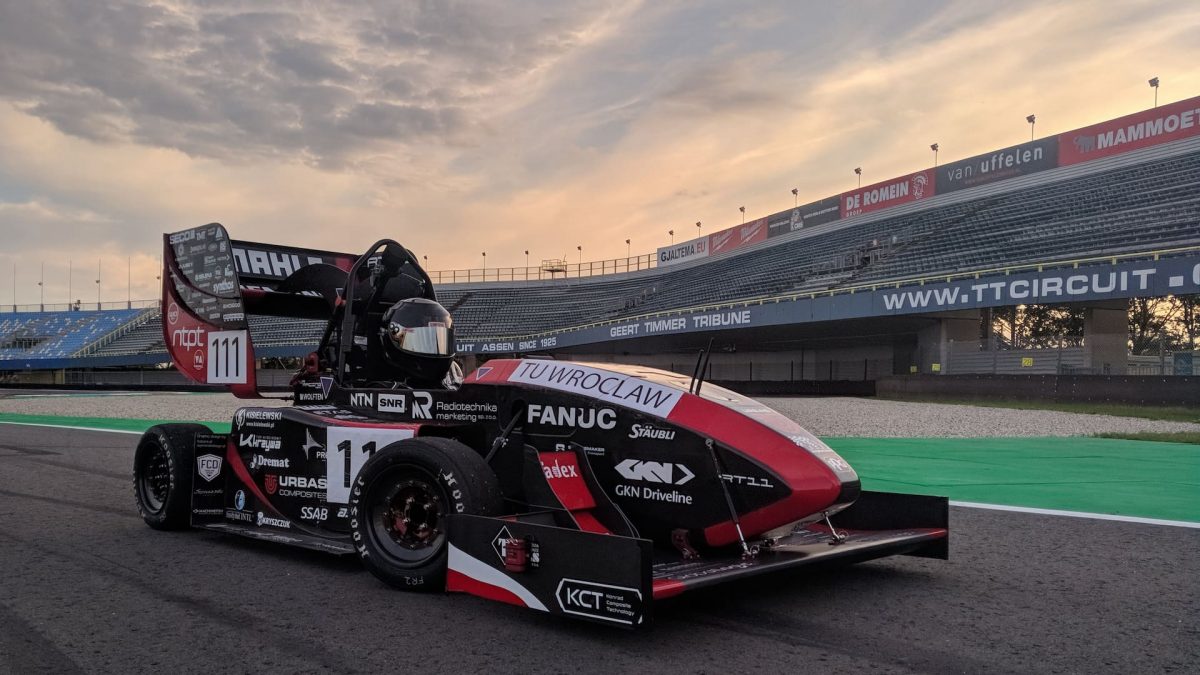 The first competition after more than a year’s break and the first ever for the team in the Netherlands! Despite many restrictions (limiting the number of team members to a dozen or so, online static competitions) we could not wait for them. We had 5 days to prove what our car was worth. First, a technical inspection, during which the effectiveness of the braking system and the noise level of the vehicle were checked. This one went without any major problems and while other teams were still struggling with it, we were already preparing for the first dynamic competition – Skid Pad, i.e. ride on the “eight”. Meanwhile, the Business Plan Presentation finals took place, where our managers defended a business idea in front of the judges.

Over the next few days were all about track driving – we took on the Skid Pad competition again, improving our already very good time. Next up is Acceleration, a competition that tests the car’s acceleration.
Then Autocross – driving slalom and curves on a track. At the same time, the results from this competition influence the order of the Endurance and Efficiency rides – a non-stop ride for 22 km, with a break for a driver change.
It is this last competition that strongly influences the results – it accounts for almost half of the points in the competition. Our lap times were in the lead. Unfortunately, while driving, the cone got caught on the timing device, which caused it to detach from the car. By the judges’ decision we were disqualified in this competition.

Not finishing this competition cost us almost half of the points. However all the other competitions went so well that we finished at 10th place. Above all, this competition showed us that our car is ready to compete with the best teams.

Now we have a moment of rest, prepare the car and on the 26th of July we start competing in Formula Student Czech Republic. 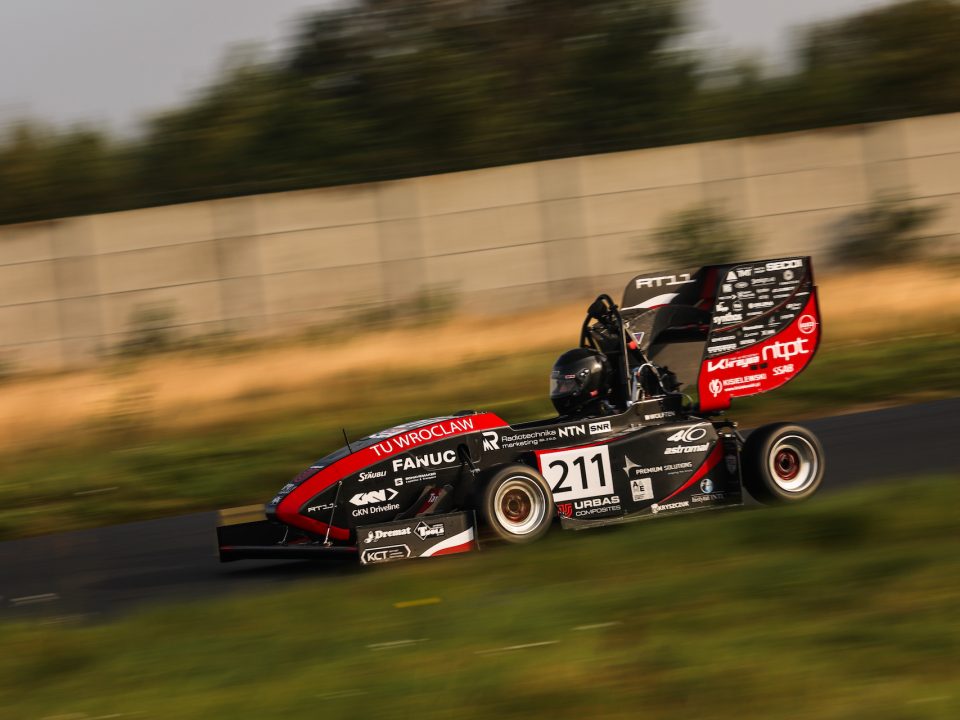 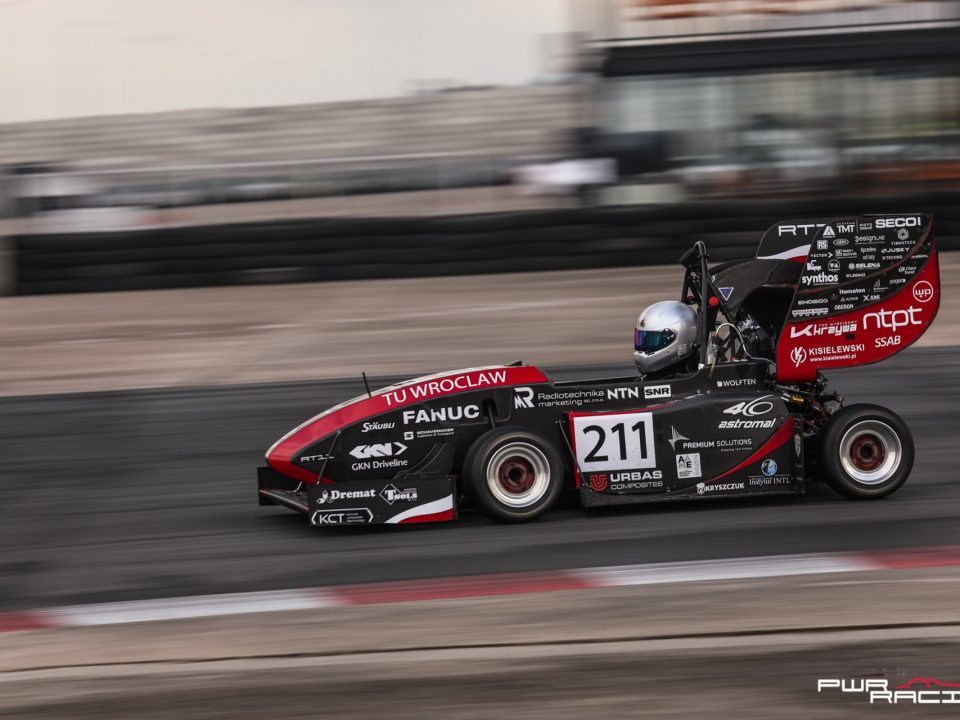 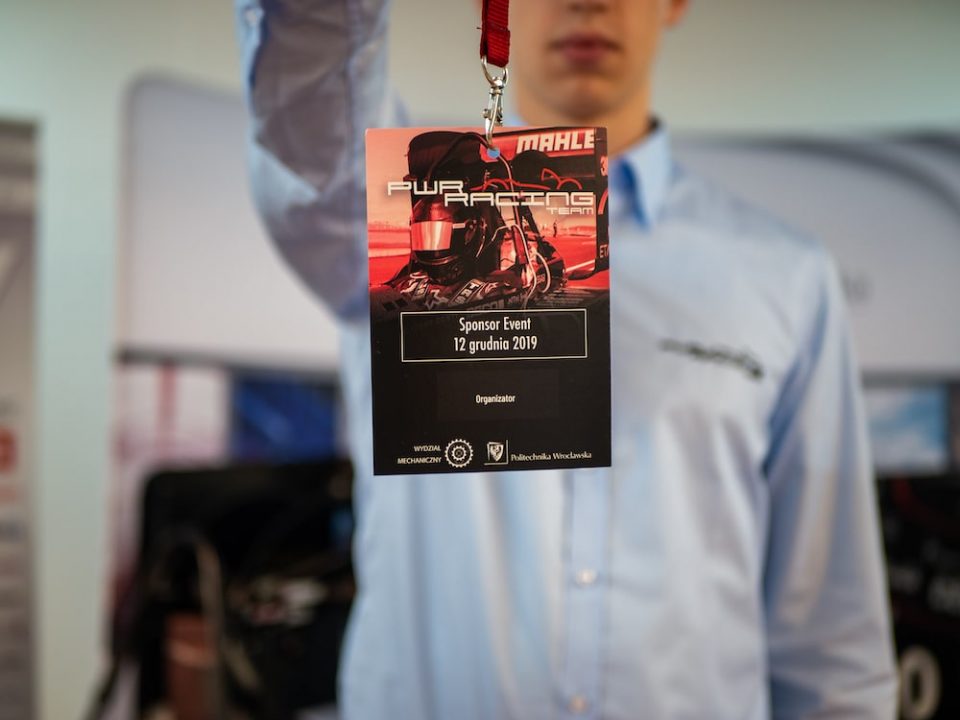